Anson Chan Fang On-sang, Hong Kong’s former chief secretary, a stern advocate for the so-called “democratic reforms” in Hong Kong and a key figure believed to have played a role in the city’s unrest, said on Friday that she will be stepping back from political and civil engagements in the future.

Stating the recent loss of her beloved daughter, the former official said she wanted to give herself time and space to mourn and recover.

Li Xiaobing, an expert on Hong Kong, Macao and Taiwan, from Nankai University, told the Global Times Friday that Chan is an out-of-date politician who used to push herself forward in the political movement in Hong Kong over these last few years.

“But with national security legislation to be enacted, there is little room for her to seek opportunistic gains. Reading through her retirement statement, one can sense that she is reluctant to reconcile, but she is well aware of the situation,” said Li.

Chan is oftentimes referred to as a political “chameleon” that is adept at seeking her private interests in movements. She has been named one of the “Gang of Four” in disrupting Hong Kong, which also includes Martin Lee Chu-ming, Albert Ho Chun-yan, and Jimmy Lai Chee-ying, all of whom are considered behind last year’s unrest in Hong Kong. The “Four” are criticized for using freedom and democracy as a guise and young students as cannon fodder, and colluding with foreign forces to sow chaos in Hong Kong.

Lee has recently been mocked for his two-face posture; that is, oftentimes he is seen as a vocal supporter for the unrest in Hong Kong, and he was described in June by the New York Times in an article as a “staunch defender” of the “one country, two systems” policy. Later, he called the “laam caau” philosophy (to make all lose together) naïve, and tried to separate himself from Hong Kong’s independence movement. In an interview with a Hong Kong media outlet, he also suggested Hong Kong pass its own national security legislation. He was described by former Hong Kong chief executive CY Leung as cunning and guile.

Lai, another from the “Gang of Four,” is scheduled to stand trial on August 19. If convicted, Lai could face a prison term of up to two years, along with fines. The founder of secessionist Apple Daily tabloid was accused of criminal intimidation and participating in unauthorized assemblies. 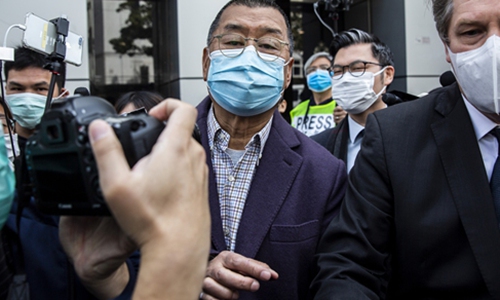 Upon the NPC decision to move forward with the national security law, Lai opened a Twitter account in May to solicit international support and continue his demonization of the Chinese government.

In mid-June, the Hong Kong high court rejected Lai’s application to adjust his bail terms to allow him to travel to the US.

Albert Ho, together with Jimmy Lai, is facing charges over their roles in inciting others to participate in an unauthorized vigil on June 4. The case has been adjourned to July 15.

We’ve done well in the last three years, but it’s time to refine’